Well Brother John went down to the garden
On a long hot summer's day.
To watch that girl, he would hide in the shadows
As she worked the time away.
With her long black hair and her eyes of fire,
And a body to drive men crazy...!
It was on that day there would be a change
In the world of Brother John.

She felt his and she walked up beside him
And she took him by the hand.
She said, "Brother John, it's so hard to be holy,
Would you like to be a man?
I will meet you tonight at the monastery wall--
If you're there we will find out together,"
And the Devil said, "There's a place in Hell,
For the soul of Brother John!"

Well Brother John lay tossing and turning
In his bed in the heat of the night.
He heard his name and he went to the window
Where she was in the pale moonlight.
Oh the sins of the flesh are too much to deny!
He was lost to her body forever!
And the Devil laughed and the angels cried
For the soul of Brother John.

Temptation is here... for Brother John...
Temptation is here... for Brother John...
"This is a return to the filmic mode of Spanish Train. Again, I always felt that my strength was with story songs - not least because people enjoy them, but because I find them immense fun to write. They're very challenging, particularly because of the excitement of creating a movie in the mind. Brother John is set in the 15th Century, and I almost feel it's in Italy. A reference point - it's not the inspiration point, i.e. I didn't get the idea for the song from what I'm about to refer to - is the movie The Name Of The Rose, with Sean Connery.

Whenever I was stuck for descriptive area, I'd think about that movie - which I've seen a couple of times - to try and give it a bit of colour in the lyrics. But the inspiration, as usual, comes out of absolutely nowhere. The song is about this monk, Brother John, who goes down to a garden every day around the same time of the day and watches this girl working there. Of course, he has taken a vow of chastity and celibacy, however, his particular thing is to go and hide in the shadows and watch this girl working. She bends over amongst the carrots - and she's probably not wearing an awful lot, because it's such a hot place - and he gets a big thrill out of it. Anyway, on this particular day - she sees him. She walks over and starts flirting with him. He starts trembling with excitement and she says 'Brother John, it's so hard to be holy. Would you like to be a man?' So she offers to meet him that night at the monastery wall, and she says 'If you're there, we'll find out together!' So, therefore, the choice is his whether he goes or not, and there he is with his vows of chastity and celibacy. Anyway, the chorus is a really uplifting 'Hallelujah! Temptation is here.' It's finally come, you know. So Brother John is lying in bed, tossing and turning in the heat of the night, wondering what to do. And he hears his name being called from outside the window. He looks out, and there she is, waiting for him and beckoning him to her. Of course, the sins of the flesh are too strong to deny so he goes down to her and is lost forever. Meanwhile, the devils and the angels are alternatively laughing and crying for the soul of Brother John. That's it! Which makes it sound like a pretty silly story but the point behind it, actually, is quite serious. And that is; I feel that we are just human animals and we cannot deny our own sexuality, our feelings, our passions, our beliefs, our loves, our dislikes... and to try and shroud them in a human-created cloak of chastity and celibacy I find just ridiculous. You can't. It creates more problems than it solves, and as we very well know the church today is having a very serious problem with priests leaving. Why doesn't the church just acknowledge the fact that priests cannot be expected to be perfect - nobody can. This is another thing that astounds me about presidential elections in America; they expect to have the perfect candidate who, from the day he is born, knows he is going to be the President and, therefore, acts according to the wishes of the public. Of course, by the time he has lived his pure, sanctimonious life he'll probably get to the White House - or nearly there - to discover that the American people want a real rip-roaring, rabble-rousing, bar-hopping Mr President. So, anyway, that's the story behind Brother John. I'm not having a go at the church or anything - I'm just trying to say that we are always just an inch away from being the animals that we are. Civilisation is a thin veneer, and to try and impose mental strictures of celibacy and so on on what is a purely physical need and desire that everybody has it not right. Okay, You don't have to be promiscuous but you do have to acknowledge that need and desire - and that's why I think that the monk in this story who is caught in this particular dilemma of seduction and temptation really shouldn't have been put through that at all. It's a difficulty he could have well done without. Story aside, musically the song is very strong. Something like Brother John could come out as one of the biggest, stomping crowd songs that I've ever come up with. It's going to be a... smash. It'll be a 'close the concert' kind of a tune. In fact, I've got two or three like that, so I'll have to do two or three concerts to close down!" 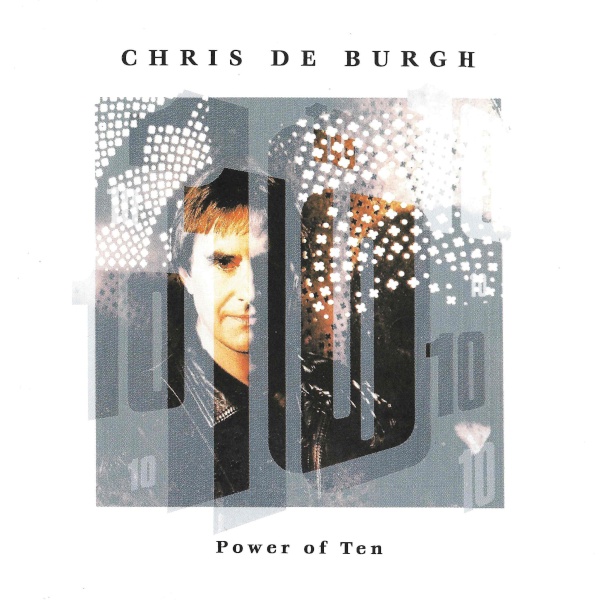